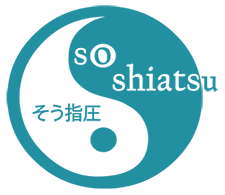 Many of you will have seen Paraben Free or Phthalate Free written on beauty product labels and may be wondering what its all about.

Well, both these chemicals are Endocrine Disrupting Chemicals (EDCs). These are synthetic substances which are thought to interfere with the body’s Endocrine System, its production of hormones and lead to negative effects on the body.

I would like to introduce The Famous Five EDCs (and there are more!)

Why am I writing this blog?

I’ve been interested in this subject for a while now, mainly because of my women’s health nursing background. Over the years I noticed that increasing amounts of women were coming to clinic with irregular periods, girls were starting puberty really young, and there seemed to be more and more women and men having fertility issues. Not forgetting the increasing rates of hormonal cancers such as breast and testicular cancer too.

There is more to tell!

Since the 1970’s reproductive problems have drastically increased and environmental chemicals are strongly suspected to be a contributing factor.

EDCs are present in the workplace, at home and at play. They can be found in many things such as the air we breathe, water we drink, food we eat, the soil our food is grown in and consumer products.

Exposure to harmful amounts of these chemicals during developmental stages such as time of conception, pre-birth, infancy, childhood and puberty could affect reproductive development and future fertility.

Don’t get me wrong, it can’t just be the chemicals doing this! I mean you would have to be in contact with a large amount of the chemical first of all. Then it would need to be absorbed into your body. From there it would need to travel to the relevant area of your body, where it might be altered causing possible disruption to normal function. So there has to be other factors such as lifestyle choices, genes, poverty, poor access to healthcare and other environmental issues which are playing a role too. Why don’t they just ban these chemicals?

Some countries in the EU have put measures in place to limit EDC exposure to the population and have banned various products. And many scientists and Non-Governmental Organisations hope that industries and regulatory bodies will remove EDCs from all beauty products . Sadly due to the money that can be made from these products and the fact that there is not an agreed definition of EDCs, there is a reluctance to carry this out. It is also difficult to prove the link between EDCs and negative effects on health. So scientists are continuing to research these chemicals to prove this.

So what about plant extracted ingredients? Are they safe?

Some plants can produce a hormonal effect such as isoflavones found in soy, beans and nuts. But research around this is confusing and conflicting. Some say that isoflavones protect the body against cancer and help with menopause symptoms and others say the complete opposite! So the general consensus is to not eat these in excess. It is also thought that isoflavones have exsisted long before synthetic chemicals and it is likely that the body has developed ways to process and eliminate them effectively. Also, topical beauty products containing isoflavone glycosides do not penetrate the skin easily so would be unlikely to effect the Endocrine System.

What am I doing to protect myself?

I’m not freaking out or anything! But where possible I do the following:

If you are interested in reading more on this subject, I can recommend the following book. It is a text-book and a bit heavy going, but you can dip in and out of it!